Make sure you start looking ahead at the Honors courses that are being offered Fall 2017. All of these are available for General Education requirements! 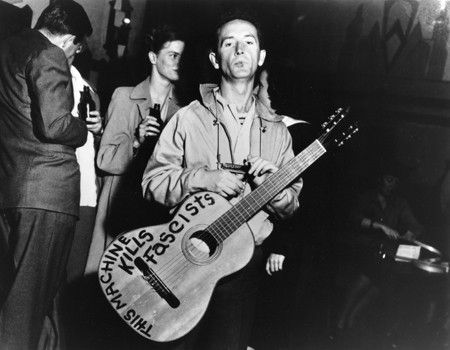 UNHO 257: This Machine Kills Fascists: Music in History. Taught by Dr. Bill Mercer from the Department of History

In the 1940’s, American folk musician Woody Guthrie painted the phrase “This Machine Kills Fascists” on his guitar as a commentary on the power of his instrument and his music to resist the rise of dictatorships sweeping across Europe and Asia. At a very basic level, this class asks whether there is any truth in such an assertion. While music does not literally kill, what is the role of music on historic events more often deemed the product of political or legal change? This class is concerned with ways that we can craft more nuanced and complete historical narratives by expanding the possibilities of what we consider appropriate as our sources. UNHO 267: Fake News in the 21st Century. Taught by Dr. Peter Gross from the School of Journalism & Electronic Media

Fake news has become one of the central concerns in the U.S. and in Europe and is tied to Russian information warfare. Russia pursues its regional and global ambitions with a sophisticated hybrid of military, political, cultural and (dis)information tools. This seminar provides a broad understanding of the issue, examined in an intercultural and international context related to the issue’s interdisciplinary nature and also examines the “weaponization” of information; exploring the shape this information warfare takes, the means employed, and the goals it is meant to achieve. UNHO 277: The Roman Family. Taught by Dr. Susan Martin from the Department of Classics

This course will examine the institution of the Roman family as it evolved in the period of the Roman Republic and the early Empire (200 BCE-200 CE). As one of the anchor institutions of Roman life, the family reveals much about the values, beliefs, and cultural practices holding Roman civilization together over the centuries of its existence. As we trace the changes brought about in this institution through the political strife of the late Roman Republic and the challenges of an expanding empire, we will also contextualize the institutions of Roman family life through comparison with other cultures and civilizations including the modern definition of the family.

Don’t forget to check the CHP Student Handbook to make sure you’re working to meet the appropriate requirements!

First-years, if you haven’t already, make sure you schedule your yearly appointment with your advisor.